2019 was Southern Miss’s second season with Adidas; the Golden Eagles retained their primary uniforms from the 2018 season while also throwing in a couple of new looks.

The white jerseys were the most worn uniform element of 2019, totaling eight appearances. Their appearances were evenly split between gold and black pants, being worn with each four times.

Gold Adidas jerseys were shown off in the offseason prior to the 2018 season, but never saw the field. They were finally worn in the 2019 season-opening win over Alcorn State.

Additionally, a brand new heathered-gray alternate jersey, featuring white numbers and absolutely no gold, were worn in the final home game of the season against Western Kentucky. These were the first uniforms in school history to not feature any gold.

Pants:
The solid black pants were retained from 2018 and were the Golden Eagles’ most worn pants in 2019, totaling six appearances. The gold pants with a thick black stripe were also retained, being worn a total of five times in 2019.

Solid gold pants, matching the color of the gold jerseys, were worn in the season opener against Alcorn State. Heathered-gray pants were also worn as part of the alternate look against Western Kentucky.

White Adidas pants with a thick black stripe were worn once in 2018, but they did not see the field in 2019. As a result, 2019 was the first season since 2015 and only the second season since 2005 in which Southern Miss did not wear white pants.

Helmets:
Southern Miss has a pretty cool helmet rotation going on the last few years, where they’re constantly swapping out the decals on the shiny black helmets to re-create historical designs as well as create new ones.

The Golden Eagles wore three historical helmet designs in 2019. The design worn in the first two games, against Alcorn State and Mississippi State, was the one first worn from 1977 to 1980. The logo from that era had been worn on the helmets once a year the past two seasons, but this was the first since 1980 in which the entire accurate helmet design was worn, with double stripes down the middle of the helmet.

The final historical design is the 2015 “ghost” helmet, which features a very simple design with no stripe and a black and gold “Southern Miss” logo on the sides. The design has now been worn each of the last five seasons; it was the Golden Eagles’ most worn helmet design in 2019 with four appearances. It’s the only helmet to be worn with all four combinations of the black/white jerseys and black/gold pants.

The Golden Eagles did debut one brand-new helmet design in 2019. It featured a single white stripe and a solid white “Southern Miss” wordmark on either side. Devoid of all gold, it was paired with the heathered-gray alternate uniform worn against Western Kentucky. 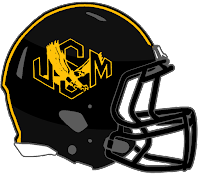 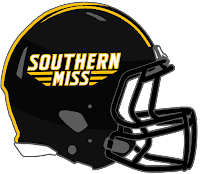 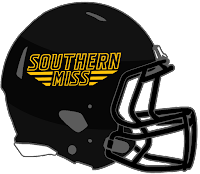 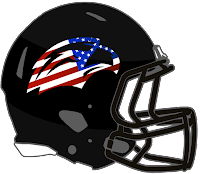 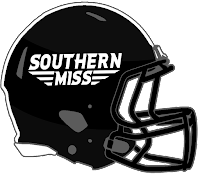 Since switching to Adidas, Southern Miss has really upgraded its football uniforms from the Russell Athletic days. However, there are a few changes that they could make in 2020 that would give them an even better, more consistent look. They should be due for an upgrade to the Primeknit A1 template soon; the heathered-gray alternate uniforms are already on it. A potential template upgrade would give the Golden Eagles a chance to actually implement some of these changes.

With a new template, hopefully Adidas and Southern Miss could sort out the color issue and bring back those beautiful gold numbers with matching gold pants.

The other major jersey change I would make is to replace the gray outline on the gold jerseys’ numbers/wordmark with a more traditional white outline. Doing so, in conjunction with the previously discussed change, would completely remove gray from the Golden Eagles’ primary uniforms and return them to three uniforms that feature a good balance of black, gold, and white for the first time since the Larry Fedora Era.

On the pants, I would just go with simple white, gold, and black pants designs that feature the Golden Eagle logo on the right hip and no stripes. I think this would be the most consistent look for the USM brand.

In the mockup, I used the 2003 helmets because they pretty much work with everything. However, I really like how they use the 1980 and 2015 designs, and would encourage them to continue doing so! 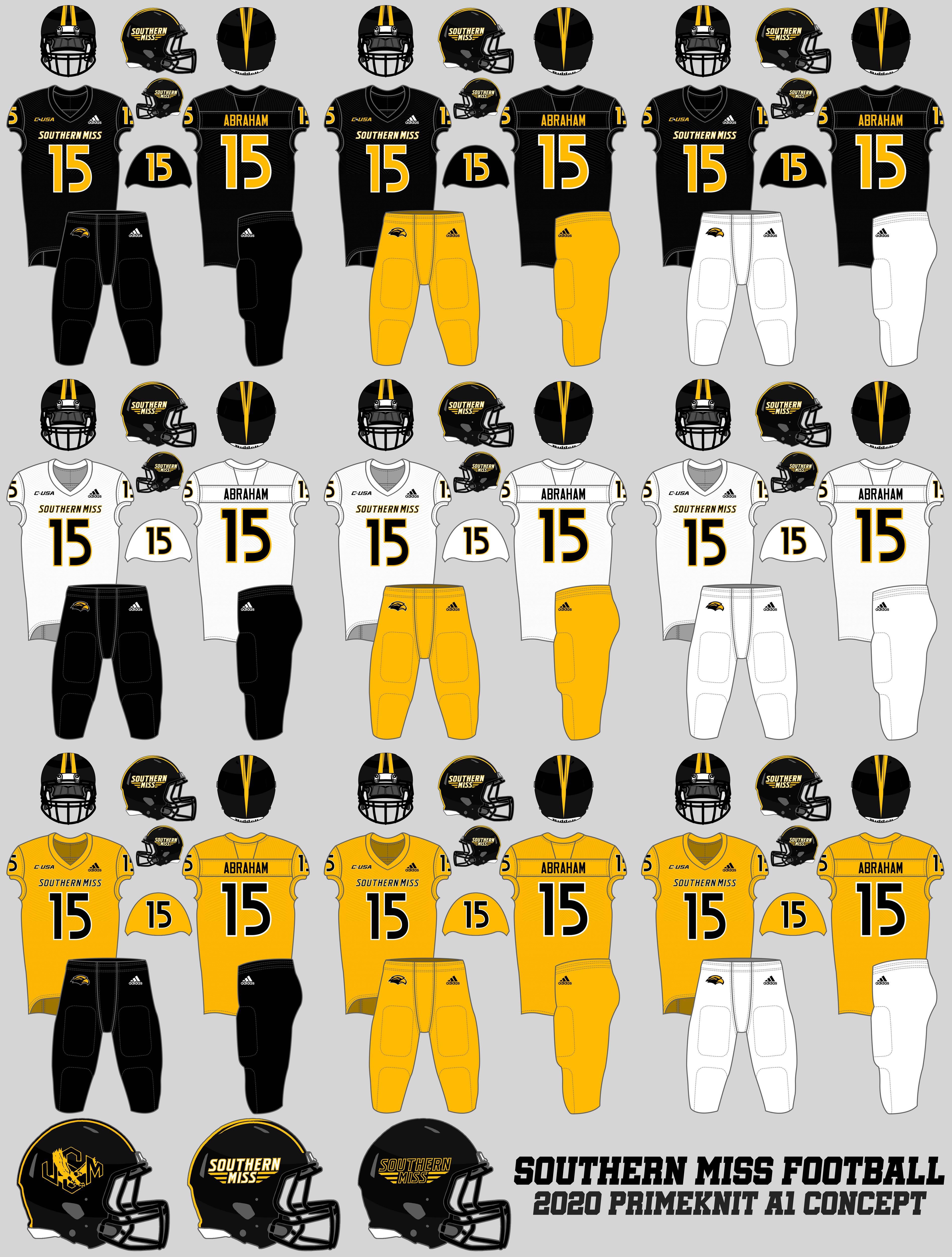